Above normal temperatures are very likely over much of the Southeast Asia region for the upcoming Northern Hemisphere winter monsoon season (Dec-Jan-Feb), with the highest probabilities over the central and western Maritime Continent. 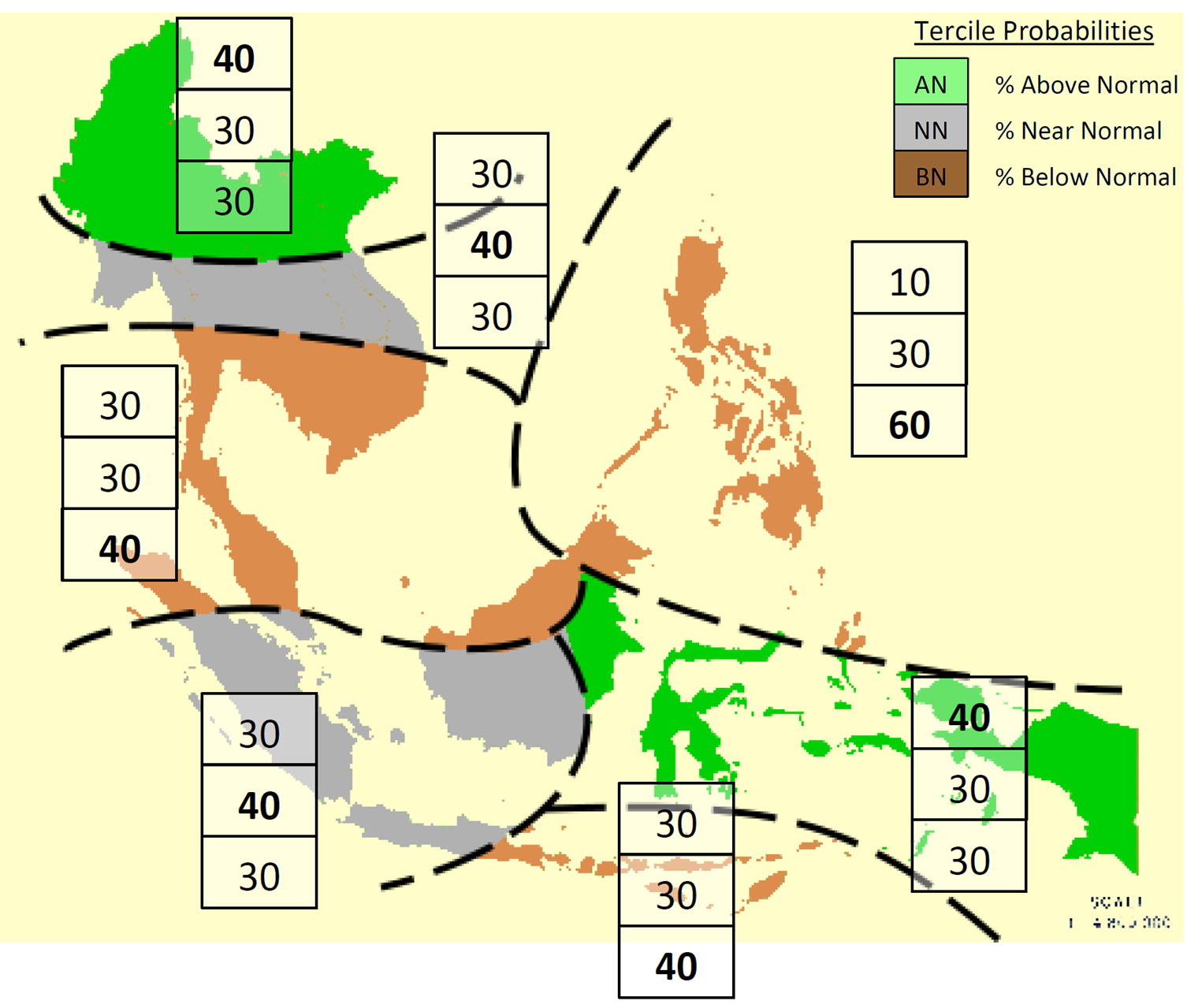 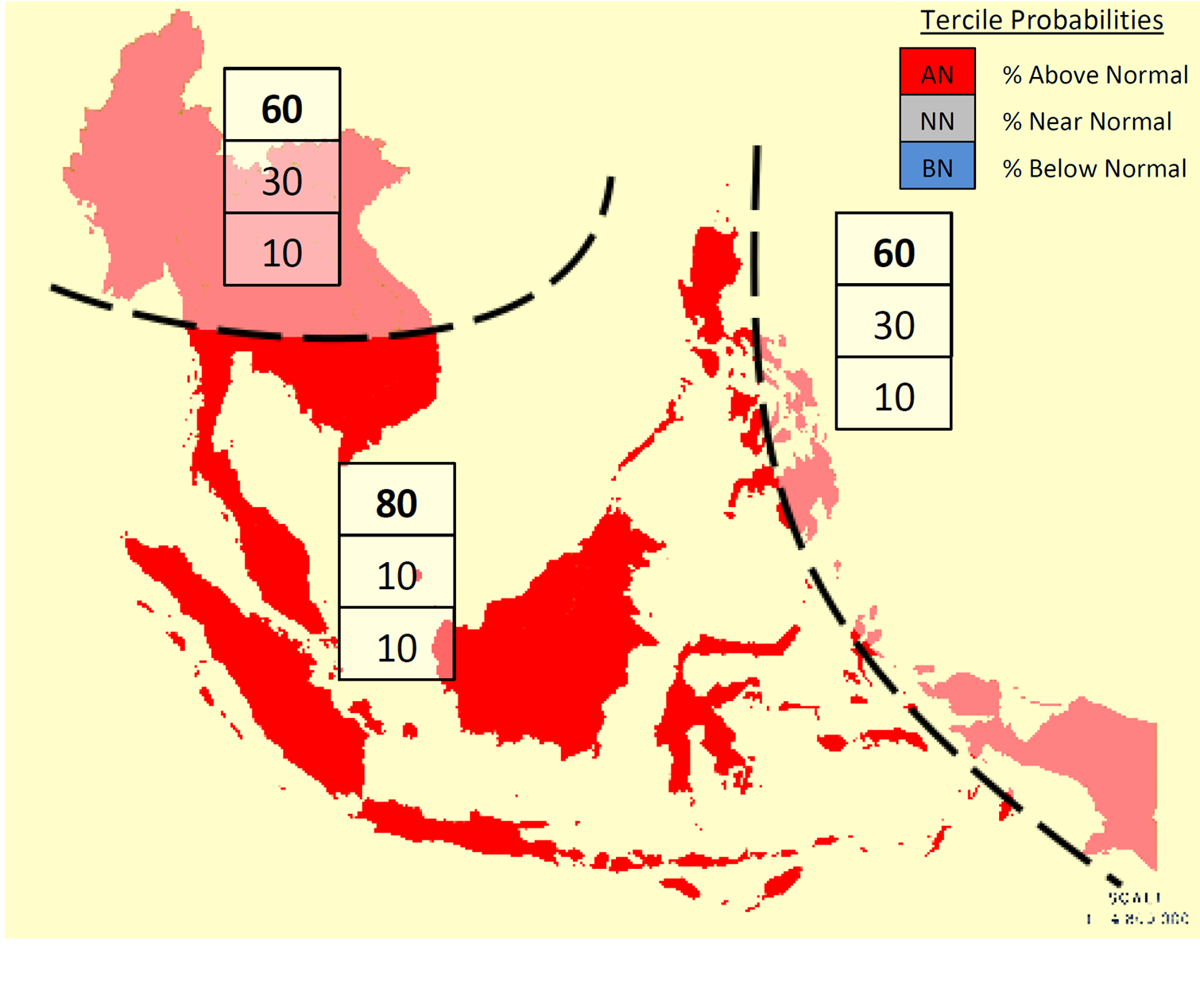 The forum would like to thank the National Meteorological Services of the ASEAN Member countries for conveying their national-level forecasts, the Global Producing Centres and other participating international climate modelling centres for their products and expertise made available for this climate outlook forum, as well as the participants from the end-user communities coordinated by GWP-SEA and AHA Centre for their contributions. The forum would also like to thank the WMO Secretariat and the USAID for providing support and sponsorship for this event, and to IRI and APCC for coordinating the Pre-COF training workshop.