The ASEAN Climate Outlook Forum (ASEANCOF) is an avenue to collaboratively develop consensus-based seasonal climate outlooks and related information on a regional scale. The forum outlook and its activities contribute significantly to one of the key roles of the ASEAN Specialised Meteorological Centre (ASMC), which is to conduct climate and seasonal prediction for ASEAN region through pooling the expertise of ASEAN National Meteorological Services.

The Eighth ASEANCOF (ASEANCOF-8) was organized by Meteorological Services Singapore as host of the ASEAN Specialised Meteorological Centre. Representative from National Meteorological and Hydrological Services (NMHSs) of 10 ASEAN Member countries: Brunei, Cambodia, Indonesia, Lao PDR, Malaysia, Myanmar, the Philippines, Singapore, Thailand, and Vietnam created a consensus forecast for the summer monsoon 2017 in the ASEAN region. As with previous June-July-August (JJA) outlooks, the consensus was achieved through online correspondence. Each country completed a questionnaire on the current conditions and predictions for the Southeast Asia region. In particular, the forum took into account the significant influence of the El Niño Southern Oscillation (ENSO) and the Indian Ocean Dipole (IOD) on the climate over Southeast Asia.

Recent analysis of sea surface temperature (SST) anomalies over the tropical Pacific indicate an ENSO neutral state. The warmer than average SSTs in the eastern Pacific weakened slightly in May.

During JJA 2017, international climate outlooks show a near equal chance of conditions remaining neutral and a weak El Niño developing. An El Niño is indicated by warmer SST over central and eastern tropical Pacific, and often leads to drier conditions for Southeast Asia. Should an El Niño develop, the conditions are expected to be weak and have less impact on the Maritime Continent than previous El Niño events.

The Indian Ocean Dipole (IOD) is currently slightly positive, but still within the neutral state. While some international climate models predict a positive IOD for JJA, the skill of the models is low at this point.

Taking into consideration the national level forecasts, the present state of the climate, and the forecasts available from GPCs and other global centers, the forum agreed on the following consensus-based outlook for JJA 2017 for the Southeast Asia region: 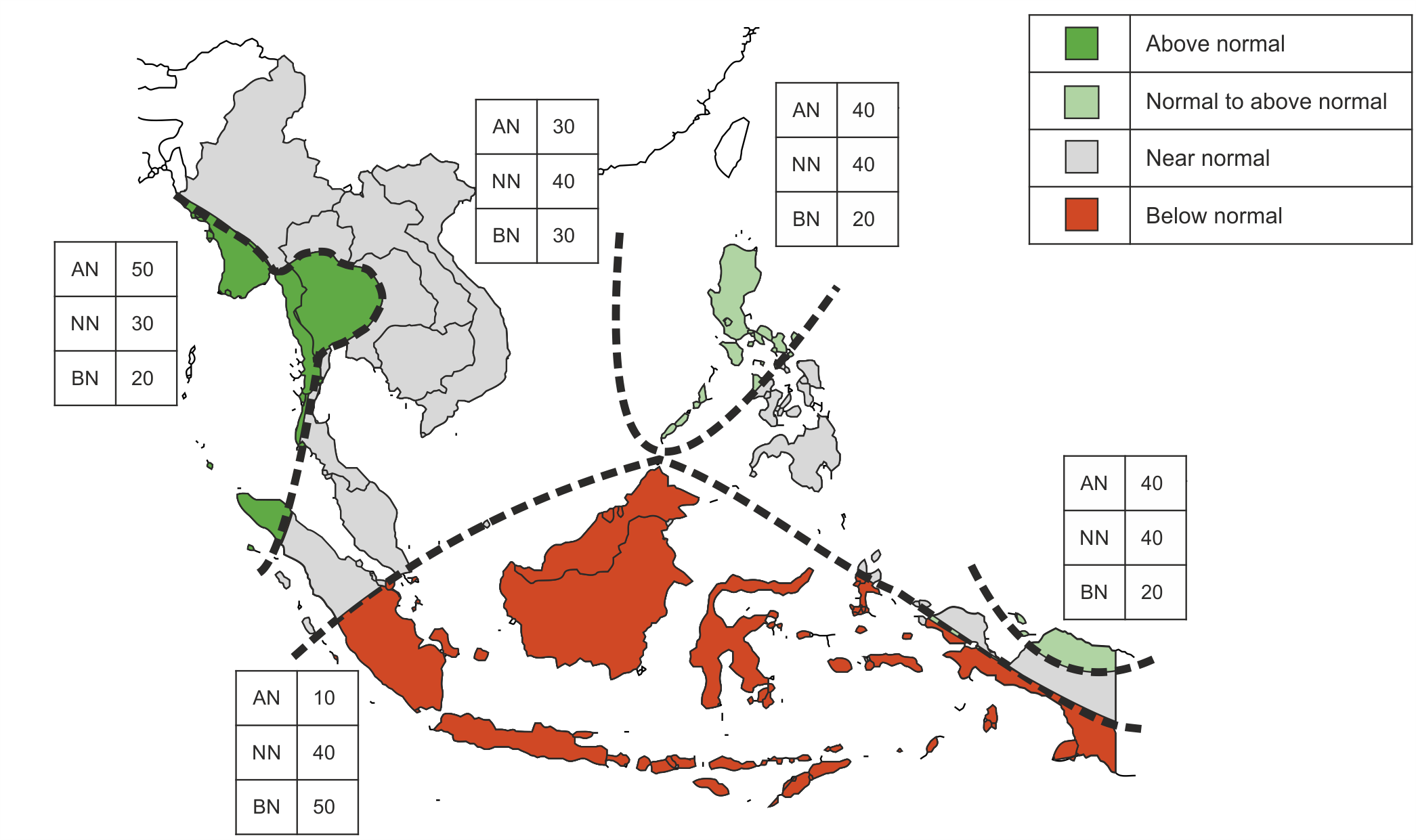 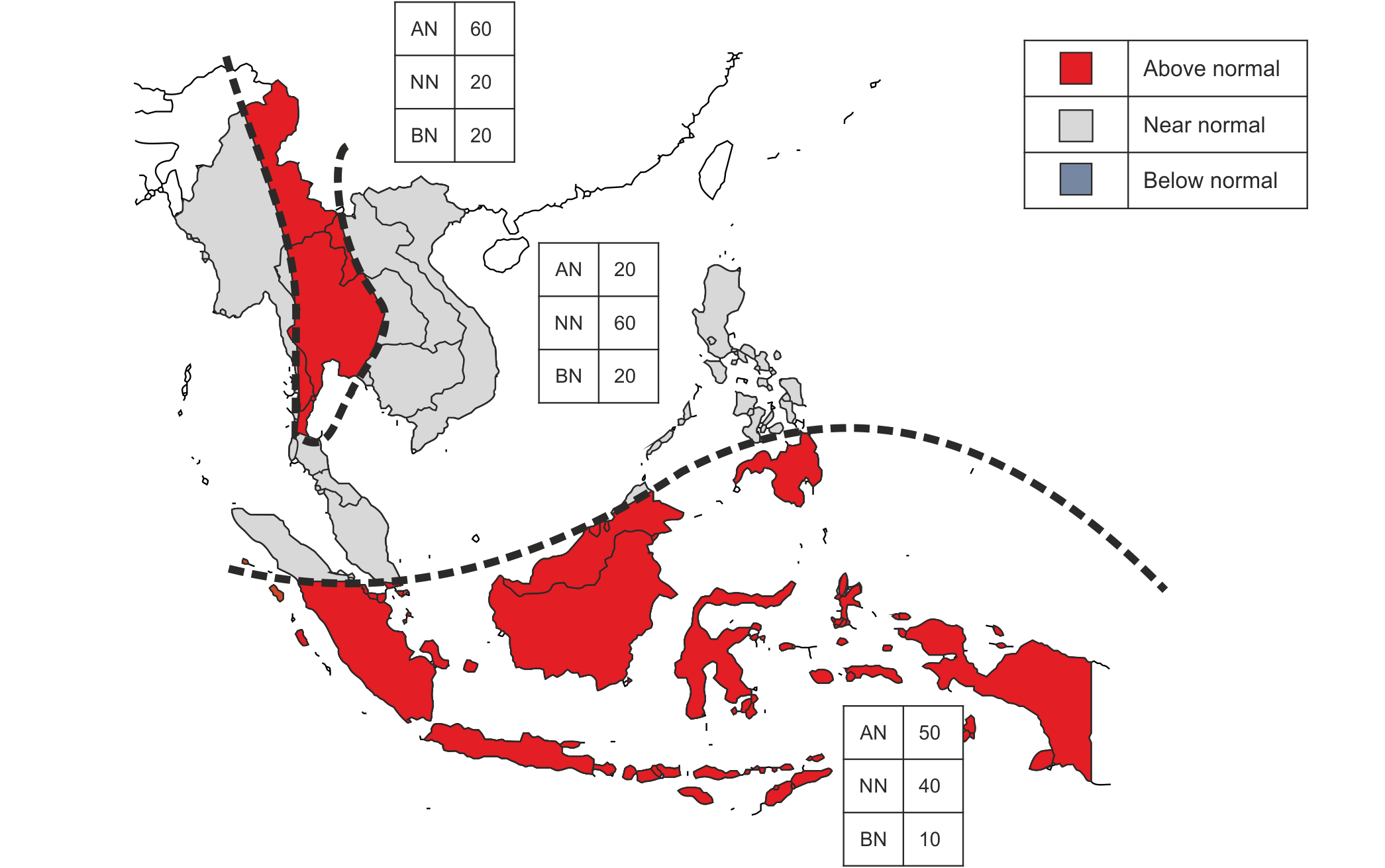 The forum would like to thank the National Meteorological Services of the ASEAN Member countries for conveying their national-level forecasts, the Global Producing Centres and other participating international climate modelling centres for their products and expertise made available for this climate outlook forum.