How do we detect land fires and smoke haze using satellite images and what are the limitations?

To help identify and highlight different features such as hotspots, smoke plumes/haze and clouds, the data from a combination of spectral channels are used to form a multi-spectral image.Three primary colours of red, green, blue (RGB) are assigned to selected spectral channels of NOAA, AQUA and TERRA satellites. In particular, the polar-orbiting satellite images that ASMC produces are based on the following colour-to-channel assignment:

Using this combination, hotspots are depicted in red, smoke plumes and haze in shades of yellow, and clouds in either white or blue-white. The colour assignment is not unique and various colour-to-channel combinations can be used which will result in the different features to be highlighted in a different colour. 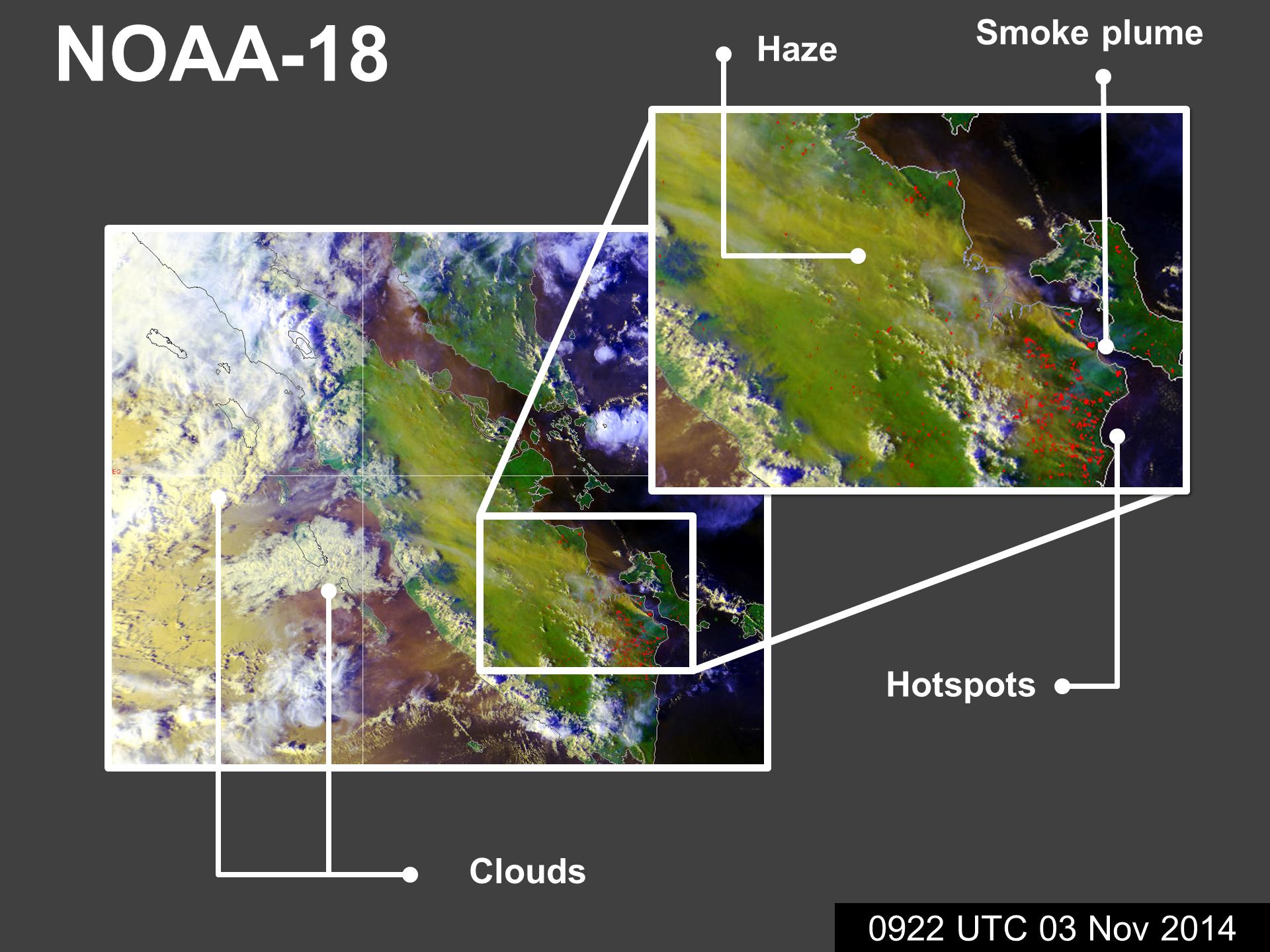 Land and vegetated surfaces are strongly reflective in the NIR (green) channel spectral band, thus appearing green in the above image. Clouds can be seen in both visible and LWIR spectral bands, whereas smoke haze is normally not discernable in the IR band owing to their respective radiative properties. Therefore clouds appear white or bluish-white as it is detected by all RGB channels; smoke haze and plumes appear in shades of yellow as it is detected by only visible (red) and NIR (green). The texture of clouds is also different from that of smoke haze.

There are limitations to the detection of smoke haze and hotspots. Overlying clouds will invariably obscure areas with smoke haze and hotspots. In the presence of low clouds or fog, the smoke detection technique may not succeed and differences in the shape and texture between smoke and cloud/fog will need to be considered. Strong reflection of sunlight can also give rise to yellowish shades and these are not related to haze.