The Third Workshop on ASEAN Regional Climate Data, Analysis and Projections (ARCDAP-3) was conducted from 15 – 18 March 2021 on the Zoom platform. This workshop was conducted as part of the ASMC 5-year capability building programme and coordinated by the Centre for Climate Research Singapore (CCRS), part of the Meteorological Service Singapore. The workshop was led by CCRS scientists and attended by representatives from 10 ASEAN National Meteorological and Hydrological Centres (NMHSs) and relevant agencies, representatives from both WMO’s headquarters and its Regional Office for Asia and the South-West Pacific (RAP), and experts from regional and international institutes. 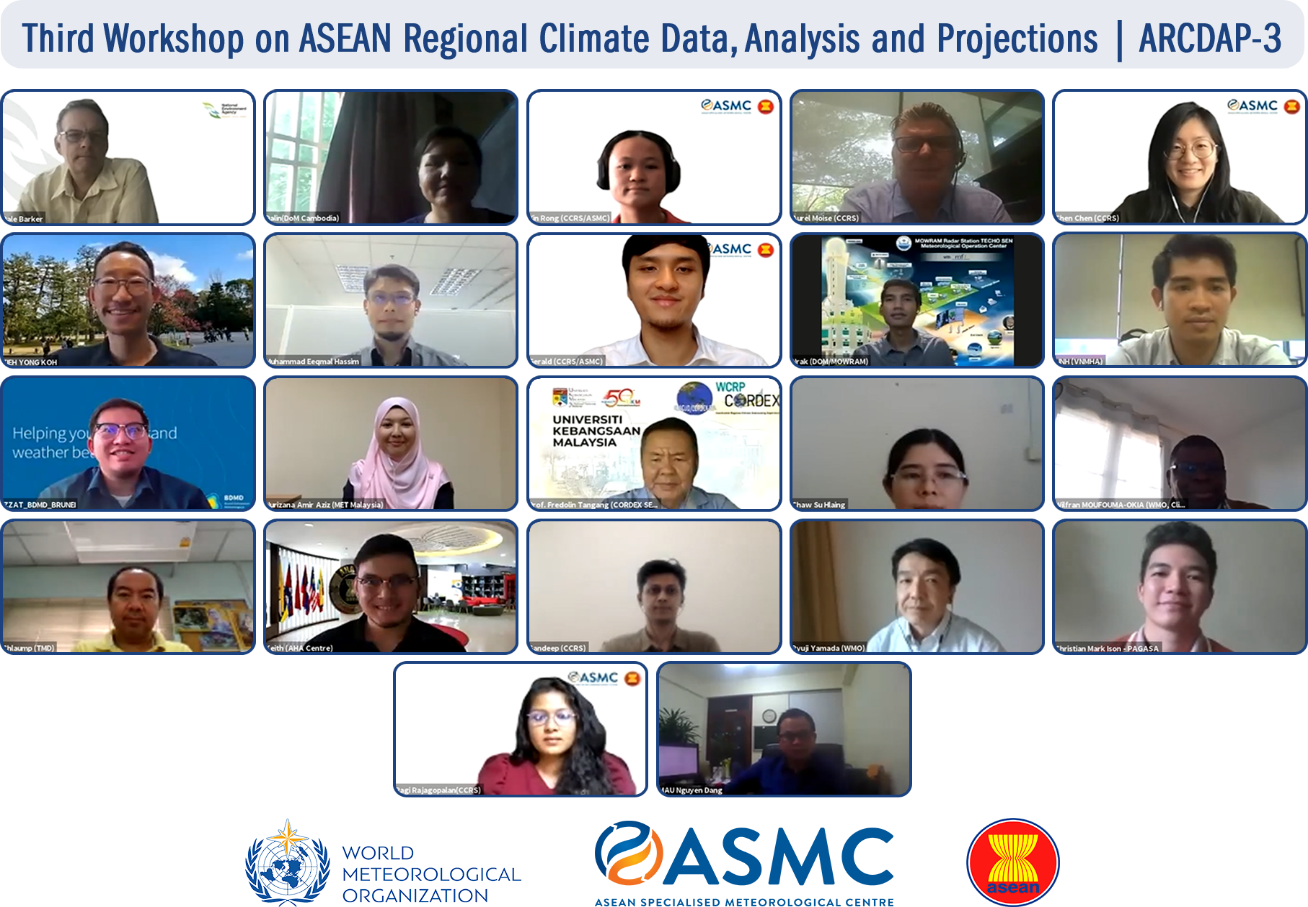 Participants of the ARCDAP-3 workshop.

The overall objectives of ARCDAP-3 were to assess the region’s understanding of the Coupled Model Intercomparison Project’s (CMIP) latest phases (in particular CMIP6, which builds on CMIP5 most notably through the incorporation of socioecnomic pathways (SSPs) to represent future scenarios, in addition to representative concentration pathways (RCPs)); obtain a shared understanding of CMIP’s current status and latest developments of CMIP6; introduce participants to certain resources for CMIP model evaluation; work towards developing a common framework for studying key regional climate processes; develop a common understanding of suitable global climate models (GCMs) that can be relied upon for the ASEAN region; develop a regional consensus on most relevant emission scenarios to use for regional climate change projections; and link the developed understanding about CMIP databases with existing and on-going projects that generate downscaled climate projections across the ASEAN region.

Participants were first introduced to the World Climate Research Programme (WCRP) and CMIP, followed by a sharing on the technological advancements (e.g. streamlined data tools such as Synda and Pangeo) and notable scientific observations from CMIP6 so far, e.g. higher equilibrium climate sensitivities (ECS) observed by a number of CMIP6 GCMs. The value of CMIP6 data was then demonstrated through seminars led by academic experts on several applications of CMIP6 for the study of important regional climate processes, as well as case studies of how CMIP data has been used to produce national climate change projections by the Australian Bureau of Meteorology (BOM) and Commonwealth Scientific and Industrial Research Organisation (CSIRO), the Vietnam Institute of Meteorology, Hydrology and Climate Change (IMHEN), and CCRS. A session was also dedicated towards to the sharing and discussion of regional downscaling results from the Coordinated Regional Downscaling Experiment Southeast Asia’s (CORDEX-SEA) first phase along with Singapore’s ongoing Third National Climate Change Study (V3) underway at CCRS. 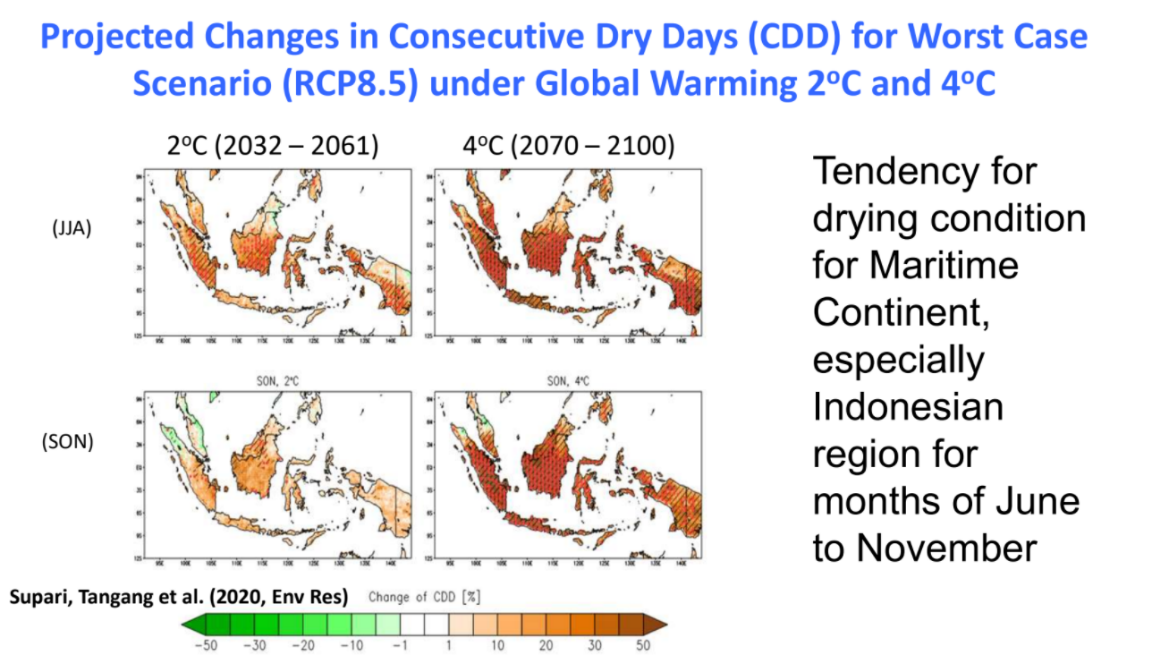 Some findings from CORDEX-SEA’s first phase which downscaled CMIP5 GCMs.

The workshop ended on an optimistic note, with all ASEAN representatives eager to incorporate CMIP6 in their future work. While participants understood the decision to not conduct an extensive hands-on session due to the limitations in a virtual setting, many looked forward to having one involving CMIP6 data in the follow up workshop which will hopefully take place physically, an opinion shared by the organising team as well. Further recommended topics included bias correction, application of extreme indices for impacts assessment and regional model data analysis.